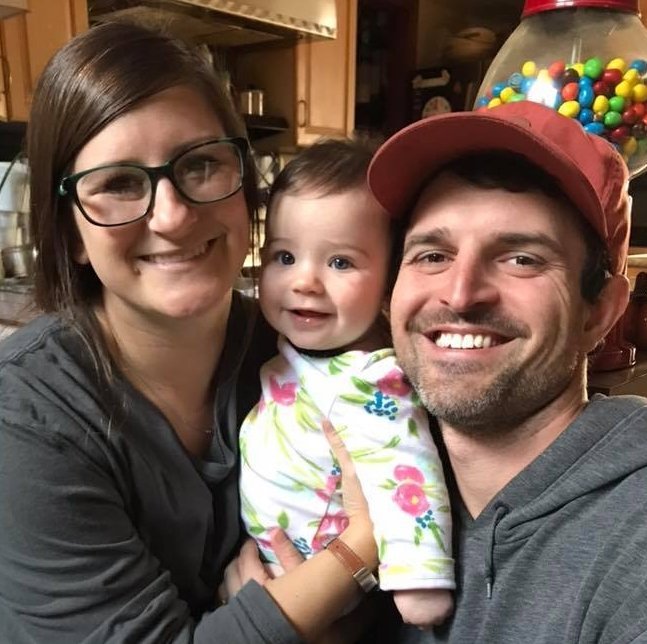 When our daughter, Kenna, was born, I didn’t know that infants have the potential to sleep through the night. I followed all of the suggestions from the hospital, feeding her on demand, and helping her sleep as much as possible using the swing, Boppy lounger, and sleeping on my chest. We were getting by, barely, and I managed to find time to nap during the short intervals she slept.

About six weeks after she was born, I went to a training and talked with other moms. One of them suggested reading “On Becoming Babywise” (Ezzo & Bucknam, 2012), and told me that she swore by it when she taught her children to sleep through the night.

Sleep through the night, huh?

Even though I was new to the baby game, I was quite familiar with the term, and saw posts from my friends bragging that their babies slept through the night. Ok, cool, I figured, those babies were older and would be able to sleep a good 6-7 hours. No problem, we can get there.

Rewind to bringing our daughter home from the hospital. She wanted to eat constantly, so I fed her when she seemed to be hungry. Sometimes she would eat for 5 or 10 minutes, and maybe fall asleep while nursing. I even joked to my family and friends that she liked to get “milk drunk” and pass out. But when she was awake, she was often fussy, and I didn’t really know why. Was she hungry? She might only feed for 5 minutes! Was she gassy? Tired? Wet diaper? All of the above?

My husband, Brett, and I would take shifts at night to take care of Kenna. Early on, one of us slept on the couch while she slept in the swing or Pack-N-Play, and the other slept in bed. After a month or so, we moved her into the bassinet in our room, but then we both ended up waking when she did at night.

Brett and I, who B.B. (Before Baby) prided ourselves on our communication skills and the fact that we rarely fought, were bickering every. single. day.

I think it’s safe to say we were all fairly sleep deprived and cranky.

I remember reading Baby Wise and how a lightbulb just seemed to appear above my head. Aha! Follow an Eat-Wake-Sleep (EWS) cycle and eliminate sleep props and she will be able to go longer stretches without eating, merge her feedings, and eventually sleep through the night. I got this.

We started the EWS cycles, and things got better almost instantly. At this point, I knew if she was hungry versus tired, for the most part. Her fussiness disappeared and we had a pretty happy baby. She still didn’t sleep great at night though, and while she napped decently, most naps were short or she took a long time to fall asleep. On top of that, we constantly played the paci-pop game because it would fall out of her mouth when she was trying to go to sleep, and then she would immediately cry and be wide awake.

This continued from about 7 weeks old until 13 weeks. While our schedule got better and I understood (and liked) our baby a lot more, restful sleep still escaped us. During the day, we were saving multiple naps a day by holding the paci in her mouth, or rocking her to sleep in our arms. At bedtime, I would read long stories to her as part of our bedtime routine and just keep reading and holding that dang paci until she fell asleep. One night we read three whole chapters from Harry Potter! The longest nighttime stretch we got was about 7 hours. Most nights, she would wake up at least two times, and sometimes be awake for an hour and a half each time.

We were very lucky because Kenna was born in May, and both Brett and I are teachers, so we were able to spend almost four months with her before returning to work. My goal was for Kenna to be able to go down for naps independently when she started daycare, and for me to get some restful sleep so I could actually manage to be productive at work.

I knew we had some work to do.

At this point, I knew STTN was possible. I read extensively on how to get there, everything I could get my hands on. I joined many Facebook groups. I perused blogs. I talked to my mom friends. We tried a dreamfeed. Tried adjusting her wake times. Added some white noise. Blackout curtains, check. But as much as I tried (and you can ask my husband, my mother, my mother-in-law… I tried!)… we still weren’t there.

So after lots of discussion, we hired a sleep consultant. Let me just tell you, it was by far the absolute best decision we have made for our daughter. And it might have even saved our marriage (or at the very least, prevented any more fights).

The first night, our daughter not only dropped the pacifier, but also slept almost seven hours, for the first time in over four weeks, and she only needed to feed once in the middle of the night.

The next day, our naps improved.

The second night, she fell asleep in three minutes.

Within days, we were waking once to feed her, and back in bed in less than 20 minutes. Other than that, she was sleeping over 10 hours.

Five days later, Kenna figured out how to suck her thumb, which helped her self-soothe.

In 6 days, Kenna kept extending her sleep stretches at night, until she finally slept all the way through the night! And by that, I mean a full 12 hours.

Almost two weeks after working with our sleep consultant, we started daycare. Even though the daycare wasn’t used to working with babies on a routine like ours, Kenna managed to sleep pretty well, and nighttime sleep stayed great. After a couple tweaks at daycare, our teachers reported that Kenna is the happiest baby in the room, and always goes down for her naps without a peep (well, that is, until she learned how to blow raspberries… but that’s another story!).

And Mom and Dad? Well, we are feeling pretty well rested, and even considering trying for a second baby 😉

Why did you decide to become a sleep consultant?

First and foremost, I learned by working with a sleep consultant just how important sleep is to my wellbeing and those around me, especially when compared to being sleep deprived.

After our experience, I have come to firmly believe that no amount of reading, researching, and talking to friends comes anywhere close to working with someone who can fully customize a sleep plan to meet a family’s needs.

I know that there are other families out there that may not even know it’s possible that babies can get a full nights’ sleep. Other families, like us, have tried everything they can in order to make it happen. While it may appear to the outside world that we now have “an easy baby”, it actually just took work and patience to get her to where we are today.